Since its inception in 2009, crowd-funding site Kickstarter has helped fund everything from movies to potato salads – but not every would-be entrepreneur has been so lucky.

Now an Italian artist has created a collection of Kickstarter campaigns that failed to attract a single dollar.

Kickended is the place where campaigns with no backers live a second life, the website says.

"Free from the pressure of money-raising, these retain the purity of abstract ideas."

Created by Silvio Lorusso, the archive has more than 8,400 failed crowd-funding campaigns.

Kickstarter says 7.4 million people have pledged US$1 billion since its creation, funding 73,000 creative projects. But 11 percent of projects on Kickstarter never receive a single pledge.

Many of the failed campaigns are attempting to raise funds for book launches, album releases, short films and television series.

Amongst the pile of rejected ideas however are nuggets of absurdly wonderful projects:

Jaws with a Christmas twist 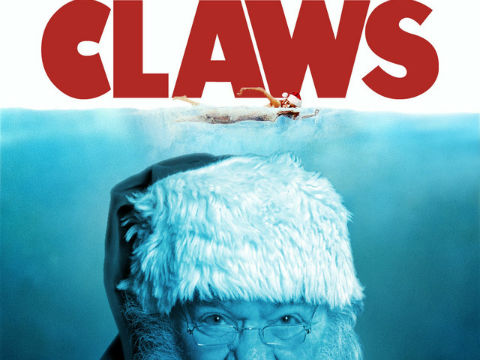 This one explains itself quite clearly with its eye-catching image. An independent filmmaker from Massachusetts set up this Kickstarter campaign in 2010 with the aim of making a spoof of the 1975 film Jaws with a Christmas twist.

The film was to be about Santa Clause being mistaken for a shark because of his hat. Sadly this project didn't reach its $1000 goal.

Help Me make a Grilled Cheese had a simple goal of reaching $10 to make a delicious meal. Created in July this year, this failed project was most likely spoofing the hugely successful potato salad Kickstarter project that raised $55,492 for one hungry man.

One project that had potential was a woman offering herself as a professional insultress for hire.

"Upset? Need to vent? Let me do the dirty work. I'll write the words; all you have to do is read them. Instant relief! $3. per insult."

She unfortunately failed to reach her $3000 goal.

The movie the world needs to see?

Zombie Children from Mars didn't get a single dollar towards its $4000 goal, even though it was pitched as a movie the world has not seen before.

One project was asking for $37,000 to fund a documentary called Broken Record.

"Broken Record is an in-depth analysis of our modern music industry and the ulterior agenda behind it."

Christ Centered Home Magazine failed to raise the $10,000 it needed to produce a magazine for the "modern Christian woman who wants to ensure Christ is the centre of her home and life".

"Our magazine helps eliminate the issue many Christian women face when trying to find wholesome entertainment, advertising, and relevant information in a predominately secular media-driven world."

One campaign to produce and distribute the song 'I'm HOT!' asked for $500 help rapper Nobody finish his new album. Backers who pledged $2 or more would have received a ringtone version of the song's hook.

As Kickstarter continues to become a popular platform for fundraising, Kickended will continue to archive the forgotten failures.