I'm in a rural area west of Auckland and I'm wet, cold, alone and lost. I hear a sound in the distance that may be a pukeko, or may be one of the girls screaming again.

In the darkness, I see a figure approaching me. I freeze. I've just regained my breath after finishing an exhausting uphill run 10 or so minutes earlier.

"Friendly?" I ask. No response. The person is now about 15m away.

"Friendly?" I ask again a few moments later, wondering if they were just remaining quiet so as not to attract enemy attention.

"Lurrrrghhhhh!" he responds, just as I manage to make out his body movements, which definitely form an undead stagger rather than a cautious human walk.

Here we go again; I'm running through the night, away from a zombie, hoping like hell I don't tumble down a hill, run into a tree or another zombie in my panic.

The Zombie Survival Course takes place on a 2.5km patch of mostly wooded land near Muriwai. It's set up by fun-loving ex-military blokes Stu Gilbert and Brad Smith and could be described as something like a cross between Spookers, a fitness challenge and a bush survival course.

"We want our participants to walk away from the challenge knowing that they have learnt something tangible that can be applied in a real-life scenario if they were to get stuck in the NZ bush," Smith told me.

"The techniques learnt during the challenge can be applied in a real-life scenario and might come in handy some day."

The genius of Zombie Survival Course is that it uses the elements of nature against you. Of course you'll always know they're not real zombies chasing you, trying to eat your brains. But the danger and challenge of being in the bush at night is very real. 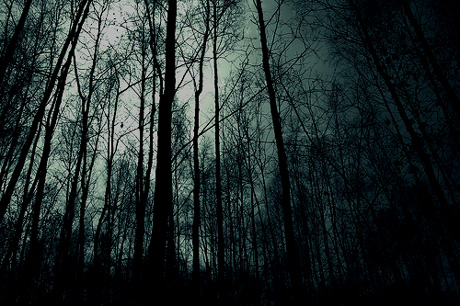 "We are a Kiwi owned and operated NZ business that was founded by Stu and myself out of our own pockets," says Smith.

"Our main point of difference is Stu and his 19 years experience in the Royal NZ Air Force combined with my two years in the United States Marine Corps. We are going to be here for the long run and plan to expand the concept nationwide taking ZSC to other parts of New Zealand."

At the beginning of the course we were split into small groups and given a briefing by Gilbert at HQ, which was very helpful and also quite funny. Gilbert has a dry sense of humour that came to the fore when he noticed the inappropriate street shoes some of the customers were foolishly wearing for the night.

Once the briefing was over, we took off into the bush. There were eight people in my team and we were given very limited supplies to share - one radio that didn't work, one torch that thankfully did, a map and few other bits and pieces. Glowsticks and small lights were placed through the bush to guide us to each waypoint.

It was a reasonably cold Autumn night with a few showers that made things more difficult, but also more dramatic and fun. Not long into the activities, we encountered our first zombies, and our lack of strategic planning became pretty clear.

There's two ways to deal with zombies - stealth or speed. If you manage to spot them before they spot you, you can creep past them. Or, if they're hunting you down, you can hide and hope they pass by. Or you can just run away from them as fast as possible.

We opted for running away from them, which split our team up and meant the few partners I was left with and I had no torch. Getting through the bush on a dark, cloudy night with no torch is challenging. And hence fun.

For the next three hours or so we negotiated our way through the bush, all the while avoiding zombies and completing tasks. One of the most fun tasks involved firing airsoft guns at zombies - if you can, get your hands on the shotgun. It's terrific.

Other tasks included constructing a stretcher and carrying a dummy through a section of the bush, crossing a river and crawling through an obstacle course. 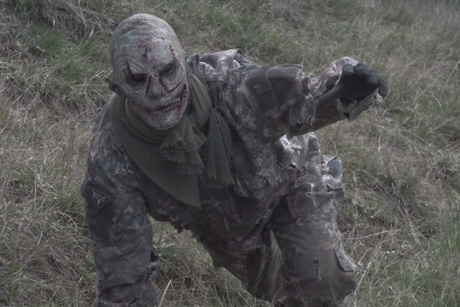 But mostly we had to evade zombies and not let them pull the tag from our backs, which represented a life. I let my imagination run wild over the evening and really got into it which meant I had a real blast and often genuinely scared. During one steep uphill ascent toward the end, which developed into a frantic run away from zombies, I really cursed myself for not being fitter.

Some advice to people going on the course: take seriously the advice the staff give you. This might sound like a given, but I didn't give enough attention to the recommended clothing. Expect to have your whole body covered in mud, expect mud and water to get inside your shoes and expect some of your clothing ripped. Make sure you have a change of warm, dry clothes waiting in the car, and accept the probability that you'll get a few minor scratches and bruises during the night.

I was completely exhausted at the end of the course after spending the last 20 minutes or so of it all alone. I got separated from my group and accidentally ran the wrong way into the bush while getting away from zombies, gathered by breath, ran away from another zombie and then hid for a while before finally finding my way back to HQ. During that final dash to the safe zone, I was again pursued by zombies. They're pretty unrelenting.

"My favourite part of the course is the expressions on the participants/victims faces as they come into HQ after completing the final checkpoint," says Smith.

"They are either really shattered or scared or combination of both. Either way we know we have done our job."

I think the expression on my face would've been some combination of exhaustion and elation. It was a very satisfying night and I'm looking forward to my next outing.

More information is available at the Zombie Survival Challenge website.