Action film The Raid 2 opens in New Zealand cinemas tomorrow as a follow-up to the cult hit original from 2012.

The films are written, directed and edited by Welshman Gareth Evans in Indonesia with almost entirely Indonesian casts. They showcase the Indonesian martial art of Silat and have been praised for action sequences of immense clarity and brutality.

In The Raid, protagonist Rama (Iko Uwais) and the rest of his S.W.A.T. team became trapped in an inner-city Jakarta housing complex run by a ruthless mobster and his army of killers and thugs. The film was met with acclaim from several reviewers, including myself.

The Raid 2 picks up right where the first film left off. It's a much broader, slower-paced story that has Rama go undercover, becoming embedded in a brewing war between three of Jakarta's mob families.

While the first film was largely contained in one building, the second bursts out all over the city with scenes that include car chases, prison riots and large-scale gang warfare, in addition to the more intimate mano-o-mano fights.

Recently I interviewed Evans to find out more about the bigger scope of the sequel, the inclusion of Nine Inch Nails on the soundtrack, the clarity of his action scenes and if he was worried about pushing the violence too far.

What do you think makes a good action film?
There's lots of different things that can make an action film good. If you look at Die Hard, it's the main character, the storyline and how the dialogue just pops so well. The action set-pieces themselves are pretty cool and memorable, but for me it's a great film because of the great characters, the great drama and the really cool structure. But then when I look at something like The Wild Bunch for instance, that movie has everything. It's got great structure, great dialogue, great characters and great action sequences as well. And I think it's about an action that is timeless. If the action is able to work across different decades and different generations of viewers, that's when it's something special. The Wild Bunch was made in the '60s and it still holds up today. There are still action beats and set-pieces in that that just haven't been beaten yet. If you look at classic John Woo films it's the same thing. 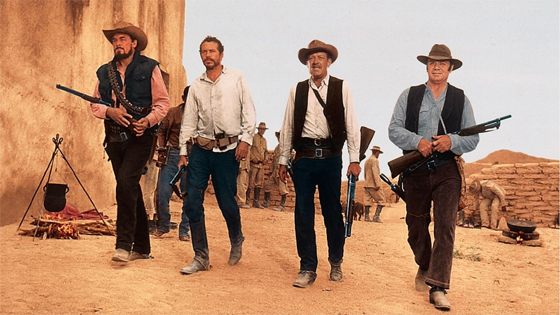 I think a large part of the reason why is because of the way they shoot the action, and how they present it. It's not about capitalising on the latest special effects or trends in filmmaking, it's about having a degree of clarity to the action sequences. You have to make sure the audience can follow what's going on and keep their focus on the right things. A lot of action films nowadays tend to jump in so tight with the camera and use a lot of shaky-cam. Also, the choreography whether it's a punch or kick or whatever, a lot of that gets hidden at the moment, the audience doesn't see it but instead just hears a sound effect. When you're relying entirely on sound effects to sell the idea of combat, for me it's not accurate. People are getting smart to it, they're not falling for those tricks any more. More people are demanding we go back to that old style of action where we do see everything, we see the real physical attributes of a martial art or stunt person's skills. So hopefully we're heading back to a time where practical effects are in the foreground of the filmmaking process and we're only using CG to enhance and aid that effect.

The Raid 2 is a much more complex film than the first one in terms of storytelling. It has a longer running time and many more slower sections. How cautious were you with the pace of the film and getting the flow of it all right?
It was the hardest part, to be honest, getting that pacing right while we were in the edit. The way the film starts sets the tone for what we were wanting to do overall. We knew we had a lot more storyline and a much larger cast playing a load of new characters we had to introduce. So the very first opening shot of the film is a high-angle shot of a sugar cane field with a car pulling up and a body being dragged out of it. That shot takes up about a minute's worth of screen time. There's a very purposeful reason why it lasts that long. I knew there was going to be a certain level of expectation going into this film - people may have been expecting it to start like the first film did with Iko waking up, going somewhere and straight away getting into a new mission. I knew I wasn't going to do that, I wanted to spend a fair amount of time setting up and clearing up what happened with the characters of the first film before we can jump into the first action of the sequel. So it was really important to get the pacing right and I hope that the audience goes with the slower pace. But I dunno, I'll see how people respond when they come out of the cinema and what their reviews and comments are, then I'll know if I got it right or not.

This movie is a lot more demanding of Iko Uwais dramatically. How do you think he's grown as an actor from Merantau, through the first Raid to this one?
I've known Iko now for a long time, he's kind of like a brother, y'know? I've been privileged to see him grow as an actor. We really needed to channel into him more on a psychological level than we did in the previous films. The Raid 2 is a lot more about the drama, his character is a lot deeper, it's a lot more emotional. The benefit we had was while Iko was preparing for the film, before we started shooting, he got married and he and his wife are expecting a child. So all of the parental stuff we needed his character to have, he was already there, it was already in his mind, he was thinking about being a father and having to take care of a child. So that made my job a hell of a lot easier, because he could call upon those things to spark off a performance and I think he really nails the drama in this one. I think we did a better job of that than we did in the previous film. So fingers crossed this is just the start for him, he's getting better as an actor and better as a fighter. 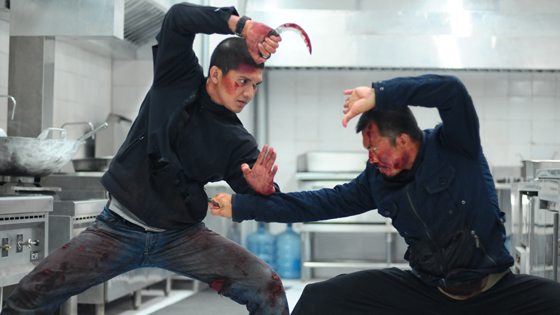 Iko Uwais and Cecep Arif Rahman in The Raid 2

There is a great deal of violence in The Raid films and I think the sequel pushes the brutality further than the first film did. Were you worried about pushing it too far?
I'm always going for what feels right for the film in that moment. There's always a line I won't cross and some things I just won't go for. A large part of that is the fact that I always want to watch my movies with my dad. He always spoke about how you can show something in a way that is strong and visceral, but once you start focusing on torture, pain and suffering, that's when it becomes a problem for him. I'm kind of in agreement with him on that. The only bit we have in The Raid 2 that I think comes close to being prolonged is a shot near the end of the film in a restaurant. You'll know it when you see it. Our approach there was always to keep the shot quite wide and not to show close-up detail. I wanted it to be less about the actual suffering and more about psychology of these guys where they're able to do things like this with control, and then carry on with their day. In the fight scenes there are big shock moments, for me they're a way of bringing levity to the scene. Every fight scene we do will have four or five punchlines, a punchline being one of those things where something extreme happens but it's over in a flash. You have a chance to react, to shout and scream or whatever, and then you realise that two or three other people in the cinema have shouted and screamed at the same time as you. So you acknowledge you shared this communal moment and you often can't help but laugh at the absurdity of the reaction. So by laughing at it, that really helps with the mood in watching those scenes, it takes away any bad feelings. That's something that is very important to me as well. 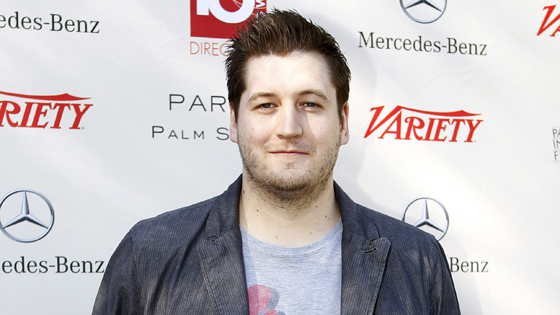 I remember seeing the photo of you and Trent Reznor pop up on Instagram last year and getting excited that he may be scoring the film. He didn't, but you did get a couple of Nine Inch Nails tracks from the Ghosts instrumental album onto it. How did that all come about?
I was very lucky to have it turn out that we were both in London at the same time. So I got to meet him and talk to him and he was a fan of the first film and also the short film that me and Timo [Tjahjanto] did for V/H/S 2 called Safe Haven. So I told him I'd love to use some of his work in The Raid 2 and he was very graciously kind to us and supportive of that. He made the process very easy for us to be allowed access to that music and to put it in the film. It really was like a dream come true as I've been a huge fan of Nine Inch Nails since I was a teen. To have Trent's work as part of the soundtrack to my movie, especially as one of the tracks I was listening to a lot while I was actually writing the script, I was blown away and very, very, very happy to have it.

Do you think you and Trent will collaborate where he scores an entire film for you, as he's done for David Fincher?
You'd have to ask him that. I would f**king love to, obviously, but it depends on him, what he's doing now with all his work and what he wants to do next. But I'd love to be able to work with him again, definitely.

Yayan Ruhian in The Raid 2

The Raid 2 is rated R18 for 'graphic violence and offensive language'. It opens in New Zealand and around the world tomorrow, March 28. More of my interview with Gareth Evans is published on Flicks.co.nz.