Latest property figures show Auckland isn't the only place with a shortage of houses for sale.

Coromandel, Nelson, Canterbury, Bay of Plenty and Waikato all experienced a drop in supply for August, according to realeastate.co.nz. 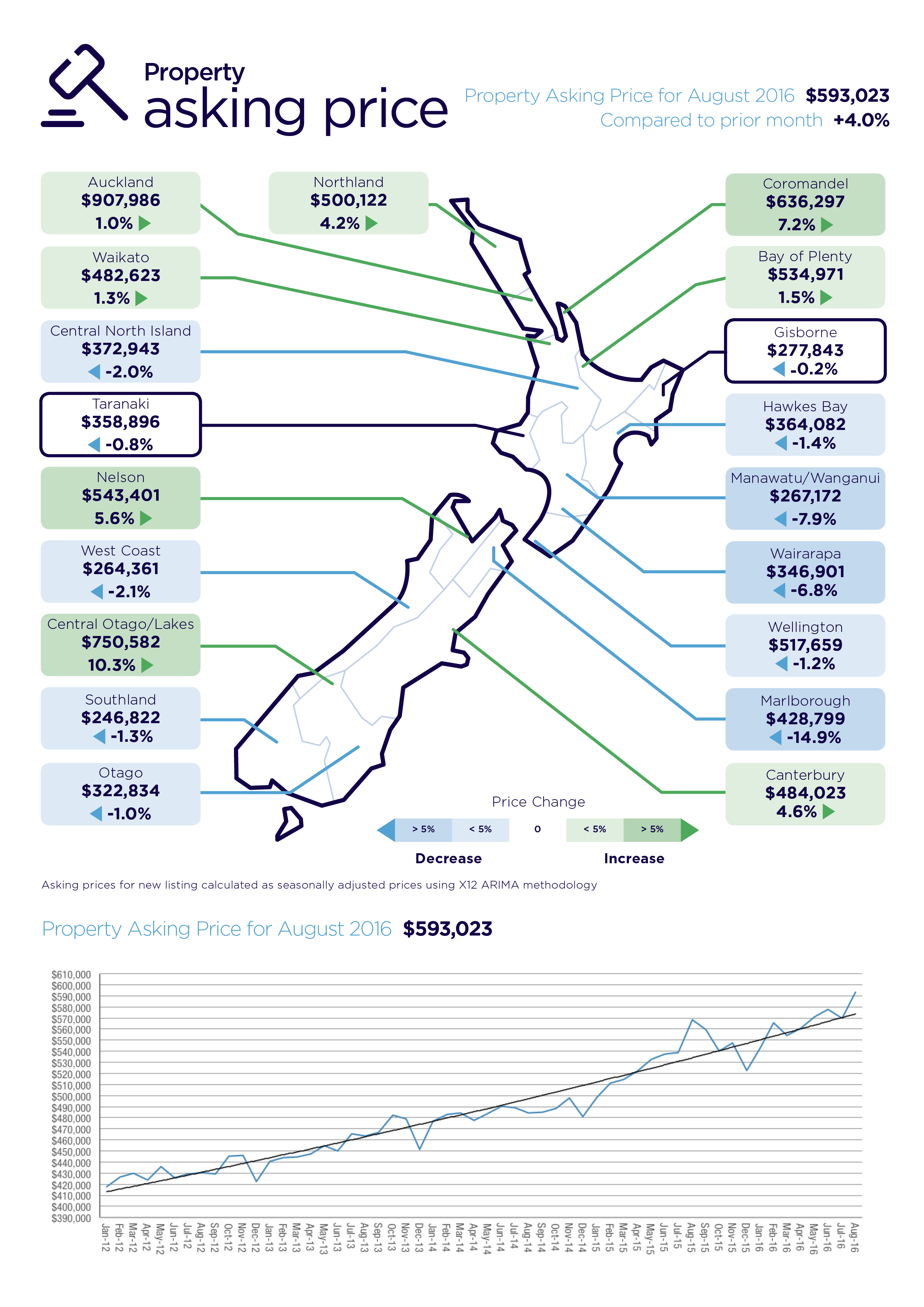 Some regions saw prices fall. Southland's the cheapest place to buy, with prices dropping 1.3 percent to $246,822.

The biggest fall however was in Marlborough, with asking prices down 14.9 percent to $428,799.

The average asking price nationwide is $593,023, up more than 40 percent in four years.